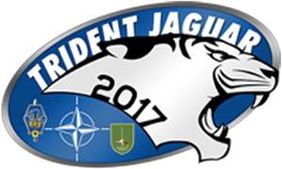 TRIDENT JAGUAR 2017 (TRJR17) will be the venue for two training audiences: the Rapid Reaction Corps France (RRC FRA) and the First German Netherlands Corps (1GNC), both designated NATO Reaction Forces (NRF). The Headquarters of both Corps, which usually operate on the tactical level within the NATO Force Structure, will be challenged on the operational level in executing functions and duties as a Joint Task Force Headquarter (JTF HQ).

Once again the COE CSW contributed to the development of a NATO exercise by providing subject matter expertise for drafting naval storylines. Although the overall scenario serves for a land-centric operation meeting the ambition of Crisis Response Management within the Baltic Region, the maritime perspective has also been portrayed to enhance capabilities of RRC FRA / 1GNC either to support or to being supported in a smaller joint operation.

The COE CSW is looking forward to participate as part of the TRJR17 Exercise Control in the Maritime Response Cell which will simulate a Maritime Component Command responding to the JTF HQ during the hot phase of the exercise execution.