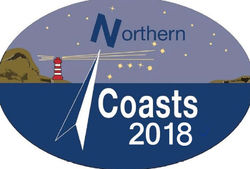 22 May 2016, off the coast of Turkey: Fishermen direct a Turkish coastal patrol boat via radio to a drifting life raft with allegedly two inanimate persons on board. When the Coast Guard tries to help and examines the life raft, there is an explosion. One sailor is killed, and another one is severely injured.

How was the explosive triggered – was it by remote control, with a radio signal from the nearby coast? From a nearby fishing boat? And did the Turkish sailors have any chance to protect themselves?

Change of scene: On 30 January 2017, the Saudi frigate AL MADINAH sails along the coast of Yemen in the Red Sea. Suddenly, an apparently unmanned and remote-controlled leisure boat approaches from astern at very high speed. The boat carries explosives and blows up at the frigate's stern shortly afterwards. At least two crew members die, and the ship is damaged severely; it will only commence operations several months later.

Both incidents are not fictitious scenarios at all, they actually happened. These attacks are explicit examples of the new threats that NATO – and thus the German Navy – is facing these days, especially in the Confined and Shallow Waters.

How do we deal with such threats to the lives and limbs of our sailors? Are we – is NATO – mentally prepared and adequately equipped to confront this kind of threat? Is there any technology that allows us to better prepare and protect ourselves?

These questions were to be discussed during the first conference on “Radio Controlled Improvised Explosive Devices (RCIED ) in the Maritime Environment”, which was held in the hometown of the NATO Centre of Excellence for Operations in Confined and Shallow Waters (COE CSW) in Kiel, Germany from 27 to 29 June 2017.

62 civilian and military participants from 13 NATO member states and partner nations joined forces with representatives from industry and science to discuss questions relating to the threat to seagoing units posed by improvised explosive devices (IEDs), and to explore potential solutions. Operators and explosive ordnance experts from NATO navies were also present, including mine clearance divers from the UK and the USA.

Based on the contents of the technology and operations-focused presentations, the participants discussed a variety of maritime scenarios, assessed the probability of (RC)IED attacks, and debated on suitable technical solutions and tactical procedures.

Trials in Finland during NOCO 2018

The conference in Kiel was only a first step. Basically it was an initial assessment of the perilous starting situation we are currently confronted with. During the manoeuvre Northern Coast (NOCO) 2018 in Finland - an international large-scale maritime exercise in the Baltic Sea - several industry proposals were tested by the DEU Seebataillon and the COE CSW. Our Force Protection Subject Matter Expert, CDR DEU N Riewesell, explains how these trial currently run in Finland.