What is a NATO COE?

A COE is a nationally or multi-nationally sponsored entity, which offers recognised expertise and experience for the benefit of the Alliance, especially in support of transformation. It provides opportunities to enhance education and training, to improve interoperability and capabilities, to assist in doctrine development and/or to test and validate concepts through experimentation.

How many NATO COE exist?

More than 20 COEs are established; and more are under development.
More detailed information can be found under -> Our Partners -> COE Family.

How is the COE CSW linked to NATO?

The COE CSW is part of a wider framework supporting the NATO Command Arrangements. Through NATO accreditation the COE CSW became an International Military Organisation with the legal status of a NATO Headquarters in accordance with the Paris Protocol.

Besides the Centres of Excellence also organisations like Centre for Maritime Research and Experimentation (CMRE) are part of the wider framework supporting NATO Command Arrangements.

What does “Confined and Shallow Waters” (CSW) mean?

CSW are theatres of operation where the courses of action of both friendly and opposing forces are limited, at least due to some of the following factors:

CSW have to be understood as a part of the littoral. This coastal zone of an ocean or sea or a lake shore zone extends from several hundred meters up to hundreds of miles on both sides of the borderline between water and land. It refers to operations in and around the littoral zone, within a certain distance of shore. Besides the geographical factors, other aspects, namely political and economic interests, are taken into regard when defining the extension of a specific littoral zone. In military operations, the littoral zone is a coastal region consisting of the seaward area from the open ocean to the shore. This area must be controlled to support operations ashore and the landward area inland from the shore that can be supported and defended directly from the sea.

The area of CSW does not extend as far inshore beyond the beaches as the littoral zone. However, fjord-like environments, deltas or streams – even vast inland waters – can be regarded as typical for CSW although they might extend deep beyond the coastline.

What was the reason for Germany to establish a maritime COE?

Given the operational background of the German Navy, traditionally operating in the Baltic and the North Sea as well as in the Norwegian Sea which includes the fjord environment, the corresponding expertise has been preserved and further developed in the past decades.

With the employment of small, flexible units, the German Navy has been utilising this experience in recent and current missions abroad. German Corvettes, mine counter measure vessels, coastal submarines, and - in a supporting role - special forces along with frigates and other assets, are sailing in the Mediterranean Sea and the Indian Ocean, participating in Operation Sea Guardian, EU NAVFOR - Operation Atalanta, EUNAVFOR MED Operation Sophia and the United Nations Interim Force in Lebanon (UNIFIL).

The German Navy has concentrated all assets ideally suited for operations in CSW in the German Flotilla 1, which is collocated with the COE CSW and provides the national expertise and support.

NATO, namely the HQ Allied Command Transformation, recognised this background and the sound expertise of the ‘Framework Nation and endorsed the concept of the COE CSW in 2006.

When was the COE CSW founded?

The idea for establishing Centres of Excellence (COEs) was born in May 2003 and further refined into a concept by the NATO Military Committee in December 2003. Once the idea and the concept were firmly established, the Alliance established COE Accreditation Criteria and on the 01 June 2005 the first NATO COE was accredited.

The COE CSW was founded initially as a national German organisation in 2006. On 03 October 2008, Germany as the Framework Nation along with the Sponsoring Nations Greece, The Netherlands, and Turkey, signed the Operational and Functional Memorandum of Understanding in Norfolk, Virginia (USA), thus establishing the COE CSW as a multinational organisation.

The COE CSW was accredited in March 2009 and awarded the status of an International Military Organisation by the North Atlantic Council. The COE CSW inauguration ceremony took place on 26 May 2009 in Kiel.

What are the Mission and the Responsibilities of the COE CSW?

The COE CSW concentrates and further develops the expertise and capabilities of NATO with regards to conduct maritime operations in the specific areas of confined and shallow waters.

The Specific responsibilities of the COE CSW:

Who is the Director of the COE CSW?

The Director is Rear Admiral Henning Faltin, who is double hatted as Director COE CSW and Commander of the Flotilla 1 that provides the German capabilities for operations in confined and shallow waters (corvettes, coastal submarines, mine-counter measure assets, naval infantry and special forces.

Is COE CSW open to every nation/organisation?

Participation in a NATO COE as a Sponsoring Nation (with a vote in the Steering Committee and the commitment to permanently fill at least one post) is only possible for a NATO Nation.

The second option is participating as a Contributing Partner (without a vote and obligation to permanently man a post); thus also a non-NATO Nation may participate within the relevant security arrangements provided the consent of the Framework and all Sponsoring Nations.

What is a Steering Committee? What is its task?

How many Nations are represented in COE CSW?

Germany is the Framework and Host Nation. Greece, Italy, The Netherlands, Poland and Turkey are the five Sponsoring Nations.

Additionally, the USA is involved through the Personnel Exchange Programme with the German Navy.

Denmark and Lithuania currently contribute on a National Voluntary Contribution basis in preparation of the formal joining the COE CSW.

What is the structure of COE CSW?

The organisational structure of the COE CSW is laid down in the Operational Memorandum of Understanding between the participating nations.

The COE CSW is structured into three branches:

More information can be found under -> Our COE -> Structure. 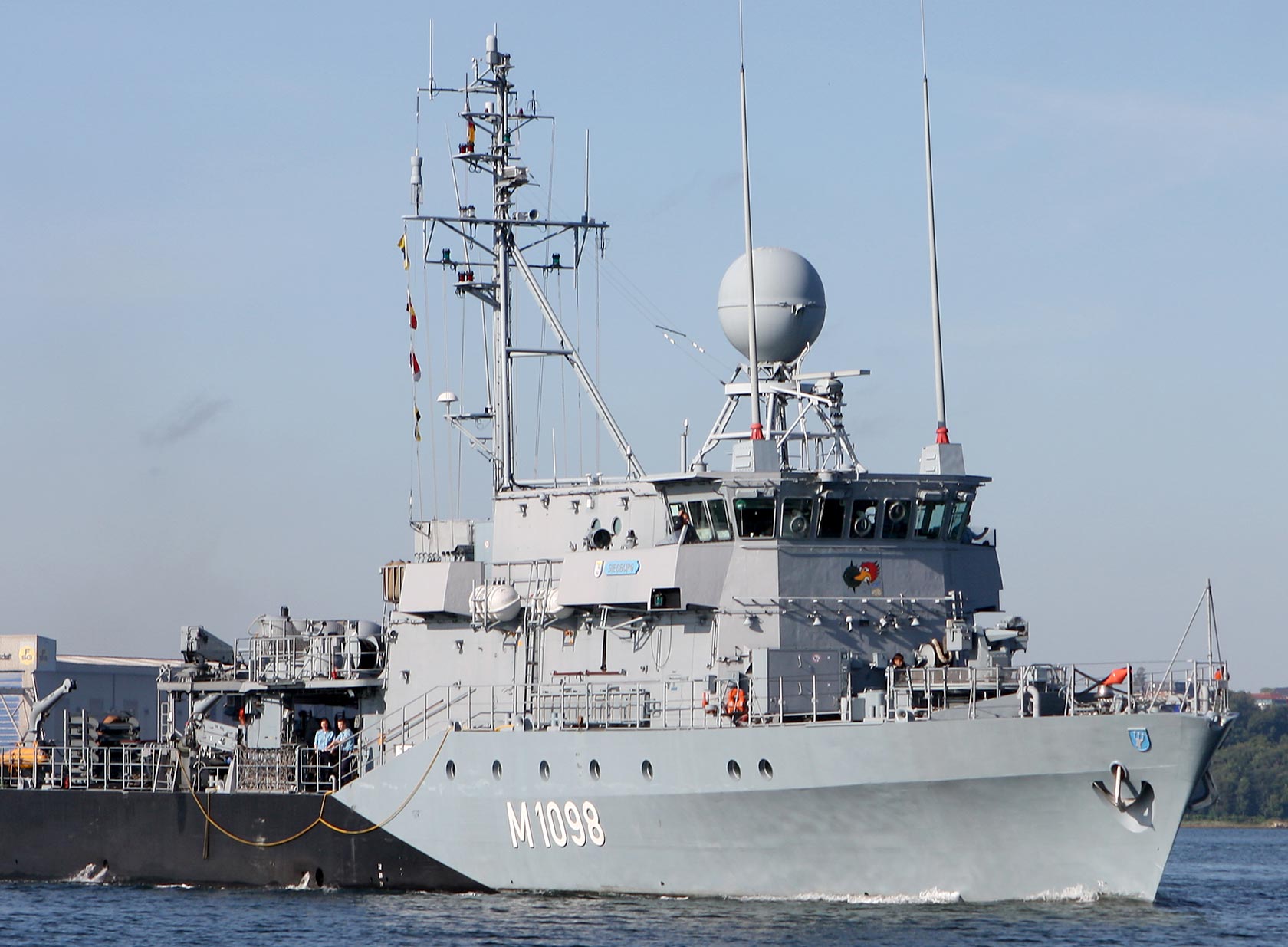