Countering the IED-threat in CSW 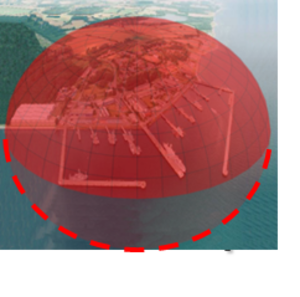 Attacks by Improvised Explosive Devices (IED) have caused considerable damage in various environments around the world and hence pose a serious threat in the maritime domain. Such assaults may easily cause minor structural damages up to the loss of life or entire ships. The IED risk is particularly high in Confined and Shallow Waters (CSW), especially in harbours, anchorages, and their approaches.

Taking into account the above threats and risk, the North Atlantic Council has tasked Headquarters Allied Command Transformation (ACT) to establish a Community of Interest (CoI) in order to develop feasible solutions for countering IEDs (C-IED) in the maritime environment.

In 2012 ACT formally requested the COE CSW to organise an initial meeting and provide further support regarding the establishment of this specific Maritime CoI. Later that year, the first Workshop was held in Kiel with about 50 civilian and military participants from 13 NATO Nations. One of the main outcomes was that Maritime C-IED should not be regarded as solely a naval issue, but the aspects of the maritime environment are to be addressed in a Joint approach. Consequently, the next meeting in 2013 – also organised and hosted by the COE CSW in Kiel – was renamed Conference on C-IED in the Maritime Environment (CME). In the further course, the COE CSW initiated the official NATO terminology process and as a result, CME became an official NATO term.

In 2013 the COE CSW became a permanent member of the NATO C-IED Working Group and since the COE CSW acted during all meetings as the naval representative, ensuring the maritime expertise and view in the often very “land-heavy” C-IED meetings.

In June 2016 the former CoI became an official NATO CME-Panel under the C-IED WG; the COE CSW acts as Deputy Chairman of this panel.

As of 2017, the COE CSW introduces a new aspect into the Alliance: Radio Controlled IEDs risks in the Maritime Environment and ways to counter – or at least to mitigate them. The findings of a conference in Kiel with more than 60 military and civilian stakeholders, companies and scientists, have been published in a report.

In addition to the above mentioned actions, the COE CSW acts as the official Liaison Element to related NATO Working Groups,like the Force Protection WG and the Maritime Operations WG.