A Closer look at the "High North" 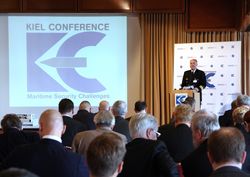 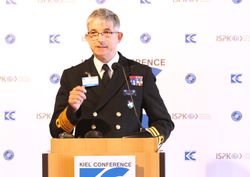 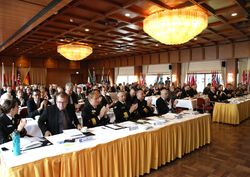 Cold with regards to the climate but maybe increasingly hot when it comes to politics and geostrategic aspirations – is the Arctic an issue on the international agenda? Very obviously, this year’s Kiel Conference has touched a relevant subject by addressing the question “Cool Dispassion or Hot-Button Topic – The High North”.

The organisers – the Institute for Security Policy at the University in Kiel (ISPK) and the COE CSW – set the framework by gathering renowned experts to discuss key aspects, such as the impacts posed by the ongoing process of global climate change on the area, the economic and political opportunities, as well as potential challenges that may evolve along with these developments. In the end, some new insights were gained by answering the question:

What are the effects on maritime security?

This is the very core of the Kiel Conference: Investigating global challenges to maritime security by focusing on a specific region.

For the second Kiel Conference, some 100 international experts from academia, politics, industry and military gathered in the hometown of the ISPK and COE CSW during Kiel Week, a major global maritime event. Despite the added 20 participants compared to the previous iteration,which focused on the Baltic Sea, the Kiel Conference remains an exclusive forum for handpicked participants and speakers, thus enabling lively debates and vivid discussions among the audience by bringing in diverse views and numerous perspectives.

After a video welcome address by Rear Admiral (DEU N) Jan C. Kaack, Director COE CSW and presently Commander Task Force 465 in EU NAVFOR Operation ATALANTA, Vice Admiral (GBR N) Clive CC Johnstone, Commander Allied Maritime Command Northwood, gave the Keynote. The Admiral highlighted that the ongoing militarisation in the Arctic by Russia needs to be closely monitored, whilst the West is well advised at the same time to aim at keeping the High North an area of stability and mutual co-operation under the regime of international law.

The first panel addressed the question: “Exploration and Shipping – Common Interests?” The next topic was “Sea Power in the High North – Concurrent Approaches?" Our third subject area “Cooperative and Diplomatic Avenues - A blueprint for Maritime Security Regimes?” was followed by a Keynote Conversation amongst the panel chairs. This closing session was moderated by Professor Joachim Krause from the ISPK and rounded out the day by distilling key findings and points. In his closing remarks, the Professor summed up that– although the ‘climate’ is slowly heating up –the Arctic is not expected to be as ‘hot’ as other regions in the upcoming years.

The passionate debates were continued during the follow-on reception perfectly “topping off” this event. The overall assessment of the attendees was simple but overwhelming positive. In a nutshell, the Conference was said to provide an interesting topic discussed amongst the right people and addressed at the right time to raise the overall awareness on maritime security challenges.