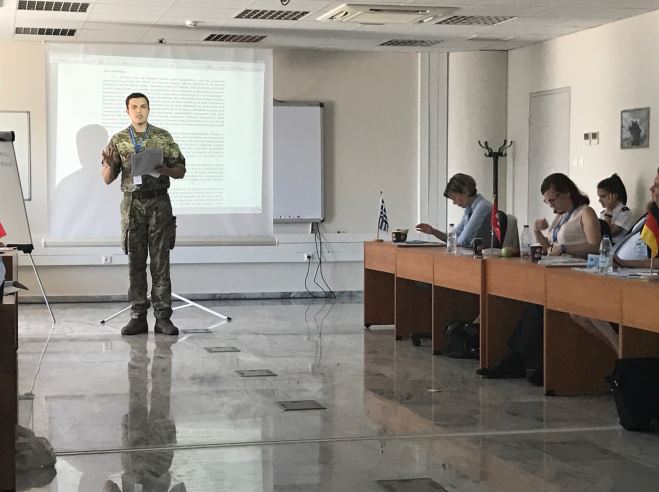 As a first manifestation of the recently concluded co-operation agreement, the COE CSW was invited to contribute to the U.S. Naval War College’s Combined Force Maritime Component Commander Course (CFMCC) from 26-30 June in Naples, Italy. The CFMCC was hosted by Vice Admiral Christopher W. Grady, Commander U.S. 6th Fleet and Commander Naval Striking and Support Forces NATO. The course is designed to provide executive-level and flag officers with the background and the perspective to effectively and efficiently integrate unique maritime capabilities within the combined force, in support of the objectives of the combined force.

The Director of the COE CSW, Rear Admiral Jan C. Kaack, gave a lecture on the specifics of Operations in Confined and Shallow Waters and led 3 scenario-based group discussions with flag officers from NATO and partner nations on the challenges inherent to operating in the Baltic Region. The scenarios provided an open forum for candid discussion challenging, the attendees to overcome political and geographical restrains for operating in a region like no other in the world. RADM Kaack stated, “This June’s iteration of the course and the COE’s contribution was successful in exposing the regional challenges of the Baltic to a new audience. Efforts such as this truly support cooperation in and out of theatre and as a whole increase maritime security.”