Following up the Kiel Conference 2016 that focused on the High North, and in breathing life into our recently established cooperation, the COE CSW supported the Munich Security Conference (MSC) in organising a high-level Arctic Security Roundtable Meeting . In a joint effort with the Wilson Center and the Arctic Circle, forty international leaders and renowned experts gathered on 12 October 2017 in the most northern capital of the world to explore relevant security policy aspects by discussing areas of cooperation and areas of conflict in the Arctic. Both the location and date fall on an important anniversary in history. In 1986, at the Höfði House in Reykjavik, ISL, Ronald Reagan and Michael Gorbatschow initiated a political global warming that terminated the Cold War. However, today the effects of climate change have the potential to reshape the world order once again.

Melting sea ice in the Arctic is leading to an increasing interest from the world community in one of the most remote areas of our planet. An estimated 30% of undiscovered natural resources are waiting for exploitation in the foreseeable future. Additionally, significant shorter sea routes between Asia for both North America and Europe potentially facilitate trade in upcoming decades. These developments will happen in a sea space that is challenged with a number of disputed legal issues, and in a scarcely populated territory with some unsolved border issues and growing independence movements of indigenous communities.

In this context an effective framework for managing regional affairs is well established. The membership in the Arctic Council is comprised by the 8 nations bordering the region. Observers are also invited and there are currently an additional 13 nations that participate after accepting the sole competence of the Arctic nations regarding High North matters. This constitutes a clear indicator of a broader interest in the region by external players, such as for instance China. Thus, a very fundamental question must be asked: Will climate change also impact the security environment in the Arctic?

So far, the Arctic has remained an area of partnership and cooperation. However, history indicates that a political balance is easily disrupted and has the potential to devolve into conflict.

What are the prevailing perspectives in the Arctic? For the Arctic Security Roundtable the Chatham House Rule applied; however three conclusions can be drawn:

A. What happens in the Arctic has its origin usually outside that region! Indeed the High North is a good example for Proxy Conflicts, as the history of the Second World War and the Cold War tells us.

B. What happens in the Arctic is not necessarily limited to this region! As all world-leading powers are increasingly engaged in the Arctic, a local development could easily evolve into an international affair.

C. The ‘Rule of Law’ is the very basis for stability in the Arctic! In addition, established cooperation arrangements provide a sound framework ensuring lasting peace. However, if powers are employing double standards elsewhere, the fundamental confidence is jeopardised and may provoke backlashes within the region.

The 3rd iteration of the MSC Arctic Security series has deliberately been scheduled on the eve of the Arctic Circle Assembly 2017. This impressive event gathered more than 2000 international attendees from 13-15 October 2017 in Reykjavik where – as an obvious side benefit – the key findings of the Arctic Security Roundtable were discussed in a Breakout Session organised by the MSC and their partners including the COE CSW.

Indeed, there remains no doubt that high interest exists on this topic. The next Arctic Security Roundtable will take place at the Munich Security Conference in February 2018. 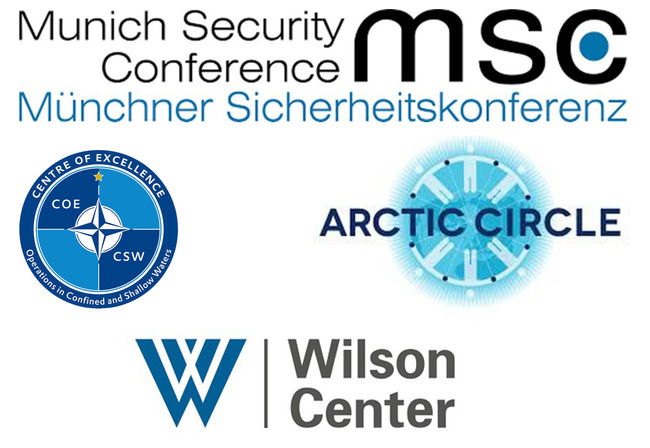