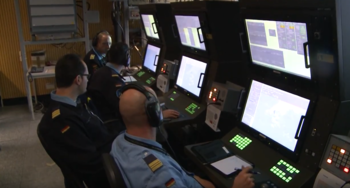 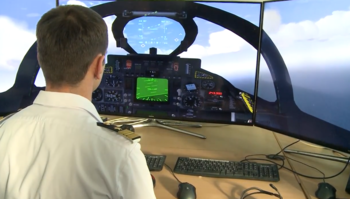 Since 2016 the COE CSW has been working on a very relevant transformational project that paves the way ahead for a new dimension of conducting Training, Exercises, Evaluation and Experimentation by utilising Live-Virtual-Constructive – Training (LVC-T) technology.

On 28 November 2017, the NATO Naval Service Task Group (NASTG), a subgroup of the NATO Training Group, convened in Wilhelmshaven to witness the maiden event of the first LVC-T connection between the Maritime Composite Training System (MCTS) in Portsmouth, GBR, and the Test Training and Support Facilities “TAUES” in Wilhelmshaven, DEU. The observers – representatives from NATO entities as well as DEU, FRA, GBR, ITA, NLD, NOR, POL and USA – witnessed the first hook up in order to conduct an Air Defence Exercise (ADEX) in a synthetic training environment based on the draft NATO LVC-T Concept.

Both training sites were linked up in a GBR generated scenario, which challenged operator teams from a British Type 45 Destroyer and a German F124 Air Defence Frigate by a major air threat created by virtual modern fighter aircraft. Aside from practicing voice procedures and handling the air picture, this common ADEX definitely strengthened the force cohesion between the participating crews and their mutual interoperability in a tactical scenario against an air threat.  The demonstration gave a good first impression on the opportunities and added value that future maritime collective training can provide.

In addition to the demonstration, the COE CSW presented the current status of the LVC-T concept, followed by a fruitful discussion on the project. This intense exchange of views on working level was very valuable for validating the draft concept and paved the way ahead towards the formal release of the document early next year.