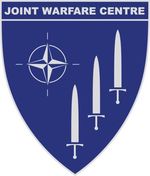 The Command Post / Computer Assisted NATO Exercise TRIDENT JAGUAR (TRJR) 2017 has been executed at the Joint Warfare Centre in Stavanger, Norway, through two time periods, each lasting 15 days. TRJR 2017 provided the venue to consecutively train, evaluate and certify the Rapid Reaction Corps France, followed by the First German-Netherlands Corps, in order to ensure all elements of these Joint Task Force Headquarters being fully prepared at the begin of their standby period as designated NATO Reaction Forces in 2018.

Amongst a variety of training objectives, the education effort focused on the enhancement of operational capabilities. Both Corps headquarters usually operate in a land centric environment on tactical level within the NATO Force Structure. As the functions and duties at a Joint Task Force Headquarter are demanding for higher level joint competence, the staffs of the Training Audiences had to be confronted with respective challenges. In referring to the Supporting-Supported Interrelationship Model for Crisis Response Management, the Corps Headquarters were stressed within a Baltic Region scenario to conduct planning and issue appropriate orders to Maritime and Air Component Commands besides assuming the responsibilities in the Land Domain. Although this was yet another very challenging exercise, finally the Training Audiences achieved their goal to manage a complex joint Crisis Response Operation in a convincing way. Thus TRJR 2017 was successfully terminated on 07 April 2017.

TRJR 2017 was steered by some 400 specialists working in different positions of the complex Control Structure. The COE CSW has once more contributed with its maritime expertise to the Response Cell acting as a Maritime Component Command. The COE CSW will continue providing support to NATO exercises; next main events will be BRILLIANT MARINER and TRIDENT JAVELIN.