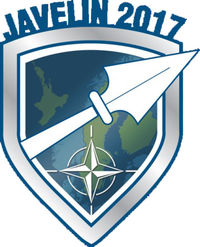 Once again, the NATO Joint Warfare Centre in Stavanger acted as the hub for a NATO exercise by providing the venue for the Execution Phase of TRIDENT JAVELIN 2017 (TRJN 2017), a comprehensive Command Post/Computer-Assisted Exercise designed to train and evaluate NATO Command Structure Headquarters.

Connected through a secure network, the Joint Force Command Brunssum, the Component Commands LANDCOM (Izmir, TUR) and MARCOM (Northwood, GBR) have been challenged as primary Training Audiences in order to prove their operational readiness. In fact theses Headquarters had to demonstrate during TRJN17 their ability to perform in the decision making process within the complex environment of a Joint Operation under NATO Treaty Article 5 conditions in order to achieve the certification as NATO Response Force 2018.

The high level of ambition defeating a peer adversary in a kinetic defence mission, along with the broad scope of a Major Joint Operation with more than 350.000 (simulated) Troops involved, created an extraordinary complexity of an the Alliance has never exercised before. In addition, the recently developed scenario SKOLKAN 3.0 was used for the first time in order to created challenges and dilemmas concerning Host Nation interaction/ relationships, Multi-Level Media environment, Strategic Communication demands as well as hybrid challenges.

After having contributed to the TRJN17 preparation, this time the COE CSW participated with three Subject Matter Experts (SME); two officers were supporting the Exercise-Control (EXCON) facility at Stavanger (NOR), whilst one SME augmented the evaluation team at HQ MARCOM. Alike other COE´s rendering support based on their specific area of competence, the three COE CSW officers provided subject matter expertise with regard the full range of operations in confined and shallow waters.