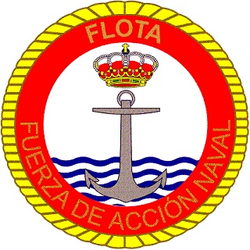 Spanish Navy High Readiness Forces (Maritime) Headquarters [SPMARFOR], commanding one of NATO’s five multinational rapid deployable naval task forces, requested the COE CSW to raise its staff awareness on the peculiarities of Confined and Shallow Waters [CSW]. Being used to manoeuvre in the deep blue waters of the Atlantic Ocean, SPMARFOR recognized the challenges of multiple risks and threats or characteristics such as short reaction times when employing forces into CSW as in the Baltics.

On 21 June 2016 in Rota, ESP, the COE CSW gave a lecture on the specifics of operations in the complex and demanding environment of CSW to the SPMARFOR Command Team and Staff. We are grateful for the valuable support provided by the DEU Submarine Training Centre and Naval Tactics Centre in tailoring the briefings towards the requestor’s needs.
By this means the COE CSW not only respond to the requirement of a NATO maritime force but also took another step forward in its own capability to provide Education & Training within our area of competence.