The Rise of a Capability 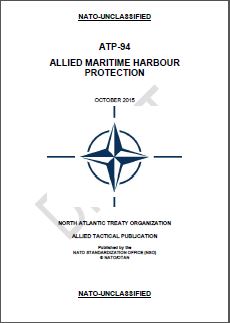 Breaking News: The objectives of the NATO Smart Defence (SD) Project on Harbour Protection (HP) have been achieved!

During the Capability Requirement Review 2012 the Alliance defined HP as a major capability gap and initiated a high priority SD project in order to adequately protect own forces in third party harbours while simultaneously granting the continuation of routine port operations.

Right from the beginning the COE CSW supported Portugal, lead nation of the NATO Working Group “Specialist Team on Harbour Protection” (STHP), in the tactical and technical doctrine development.

On Tuesday 24 May 2016 the work of the STHP was finally terminated. The STHP convened at NATO Headquarters in Brussels for formally handing over the results of nearly four years of prosperous work to the NATO Standardization Office: The draft of a new Allied Tactical Publication and for a Standardisation Agreement.

In his final remarks the STHP Chairman appreciated the excellent collaboration and informed about the positive response of the Conference of National Armaments Directors on the achievements. In highlighting the efforts by validating the doctrines in various exercises, he expressed his deep gratitude to the Bundeswehr Technical Centre for Ships and Naval Weapons and the COE CSW for their outstanding contribution to the process. In this context two members of these entities had recently been honoured by Portugal for their key support to the overall success of the work.

The relevance of the project becomes visible by a commitment of several NATO nations to start the procurement of respective HP Modules though the ratification process of the tactical and technical publications just commenced.