Nowadays Improvised Explosive Devices (IED) must be regarded as a weapon of first choice by terroristic groups and hybrid warriors. IEDs pose a threat both to civilians as well as military forces and affect various environments including the maritime.

NATO navies conducting Maritime Interdiction Operations are particularly exposed to the IED-threat. Thus the COE CSW, alongside with other NATO subject matter experts, strives for the establishment of tactical guidance and the development of procedures to deal with the IED threat in the maritime domain.

Already in June 2016 the COE CSW informed about the results of intensive prior work at the C-IED in the maritime Environment (CME) Conference.
In a next step the COE CSW presented now a concerted proposal for the addition of a CME-Chapter in the Allied Tactical Publication for Maritime Interdiction Operations (ATP-71) at the ATP-71 Workshop. This annual meeting, dealing with proposals to adapt and improve the tactical publication to actual demands and challenges, has been conducted from 12-14 September 2016 at the NATO Maritime Interdiction Operation Training Centre (NMIOTC) in Souda Bay, Crete (GRC).

The CME-chapter proposal for ATP-71 has been welcomed by the 23 participants of the workshop, comprising representatives of various NATO nations and entities and will now be forwarded to the Maritime Operations Working Group  (MAROPS WG) for endorsement by all NATO nations. 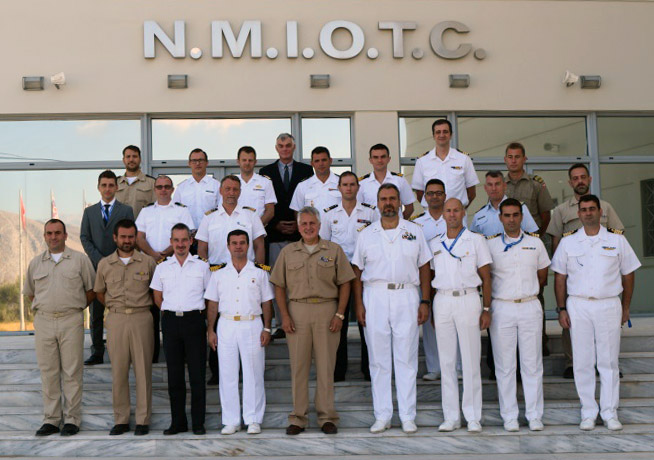