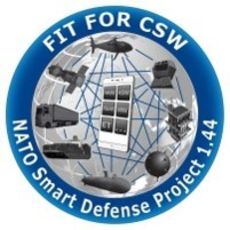 With the Federal Republic of Germany acting as the lead nation, the COE CSW is the first Centre of Excellence (COE) to lead a NATO Smart Defence Project.  The COE CSW is leveraging their vast experience in this domain and building off previous COE CSW work, such as the study, Prospective Operations in CSW.

The Project was formally kicked-off during a meeting at the COE CSW in Kiel, Germany in September 2017 and the final project report will be available in 2020.

After the successful 2nd workshop in February this year at the Polish Naval Academy in Gdynia, the 3rd workshop was held in Klaipeda, Lithuania hosted by the Lithuanian Navy.  Participants at the recent workshop included representatives from the Estonian, Lithuanian, Finnish, Danish, Ukrainian and German Navies.  Operational vignettes were reviewed and the methodology was further developed to allow best possible support to the NATO Defence Planning Process.  The next meeting is scheduled for the 4th Quarter 2018.